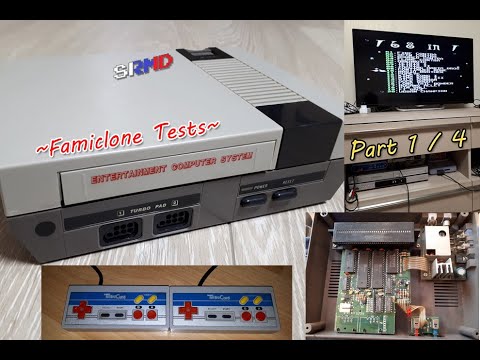 My text review on this console:

The whole video footage is about 8 hours long, and my PCs wouldn’t be able to keep up with that rendering and then getting it all uploaded to YouTube.
It took me about 4 days overall to create this video, make the layout, put the clips altogether, edit them if needed and render the whole thing, which wasn’t made in first try.
So, I decided to separate this “Famiclone Tests” video into 4 parts.

Entertainment Computer System, an NES clone from late 80s or early 90s, capable of playing NES cartridges by default, but it can also play Famicom ones with a special converter from 60-to-72 pin converter.

Incorrect sound playback due to reversed duty cycles, but the picture quality is actually pretty good. Felix the Cat isn’t too dark as expected to be seen on earlier hardware clone Famiclones.
Next time – more regular games for NES/Famicom to check out, and see how good they run on our Entertainment Computer System exhibit!