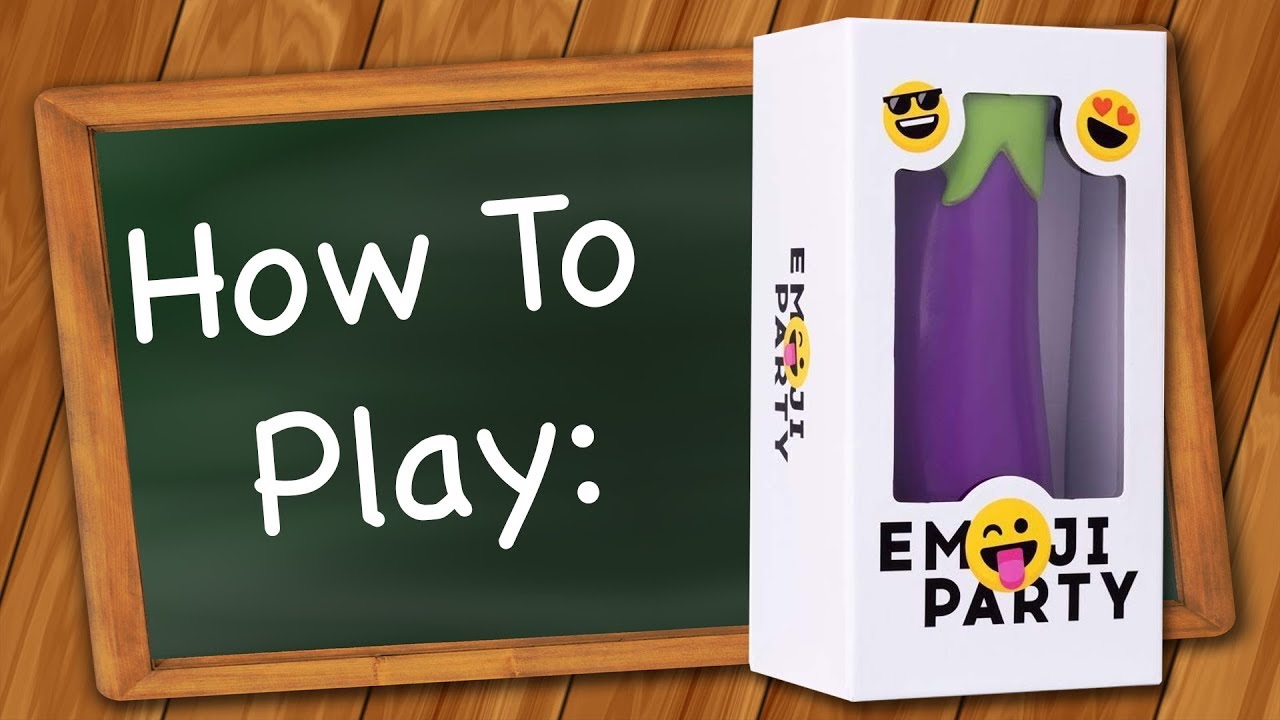 Learn the rules to the board game Emoji Party quickly and concisely – This visually rich video has no distractions, just the rules.

Don’t own the game?
Buy it here: (This Amazon Affiliate link directly supports me)
RULES:

The object of the game is to be the last player with cards still left in your deck. Setup. Sit in a circle and place the eggplant in the middle of the table. Shuffle the deck and deal all the cards out to all the players as evenly as possible. Each player stacks their cards into a face down deck in front of themselves. Players are not allowed to look at the cards.

After adding cards to their deck, the player who grabbed the eggplant puts it back in the center of the table and takes the next turn by discarding the top card from their deck. IF two or more players grab the eggplant at the same time, then whoever is holding the eggplant closer to the purple tip end wins the grab.

If a player grabs the eggplant and there isn’t a pair of matching smiley cards visible, then, as a penalty, they must give every other player with a deck in front of them two cards from their deck. If the penalized player doesn’t have enough cards to distribute evenly for the penalty, then they must deal out the cards evenly in a clockwise direction.

If you have zero cards in your deck, you are allowed to “grab back in” on a matching pair of smiley cards. If you have no cards and you grab the eggplant when there isn’t a match, then, as a penalty, you may not grab in on the next match.

Once one player has all the cards in their deck, they are the winner. The winner removes the poop emoji and gives it to the player of their choice before dealing the next round.

When playing with 3 and 4 players, remove all the smiley cards with the group of people symbol and one of each of the following action cards: smoke, nauseous, lips, and ghost. When a player wins the eggplant, they always select any player’s discard pile to add to their deck.

Some additional rule variations you can play with are as follows:

Fiesta!: Everyone discards the top card of their deck at the same time. Remove the smoke action cards before dealing.

Stampede: The player that wins the eggplant can place it anywhere in the room. Players must run to grab it when there is a match.

Faces: Make the face that’s on your smiley card as you play it.

On fire!: If you win 3 eggplants in a row, then you add everyone’s discard pile to your deck.

Elimination: For a faster game, players can’t “grab back in” after they’ve run out of cards.

6 thoughts on “How to play Emoji Party”